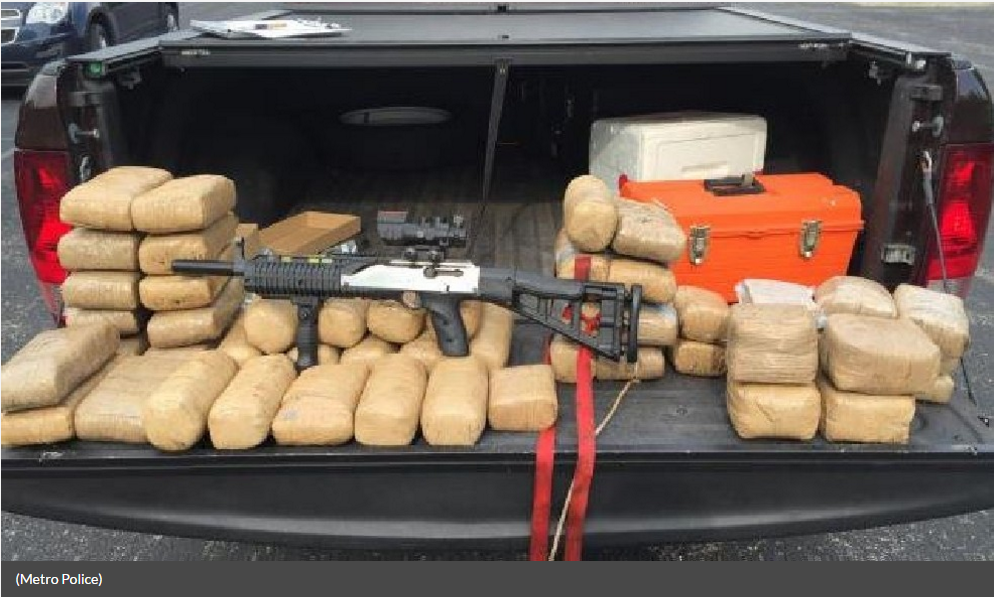 Police sat the investigation had been ongoing for two months and the cocaine originated in Mexico. Police say most of the cocaine was stored inside a car at a rural Tranham Road home.

Police say the home belonged to a relative of one of the suspects.

Police say on Wednesday, they stopped Ricardo Lang, a suspected distributor, after he left the Tranham Road home and recovered 2 kilos of cocaine from his car.

After that, detectives issued warrants to search the home and found 45 concealed kilos of cocaine. They also found $26,112 cash, three rifles and three pistols.

Lang was previously convicted on Felony drug charges back in February and was serving 10-years probation. Gildardo Roque, an accomplice, also has prior felony drug convictions from 2006, and was sentenced to more than a year and a half in prison.

Officers say that Kevin Hernandez was arrested in 2000 for felony marijuana distribution was sentenced to 15 years. All five men have been charged and are expected in court today.

The names of the suspects involved in a Joelton area cocaine bust have been released.

According to arrest warrants, the five men have been involved in the drug ring since April of this year.

Keep refreshing this page for the latest developments.

Metro Police said 47 kilograms of cocaine worth more than $2 million was seized Wednesday.

Police said the drugs were seized in the Joelton area. The case is ongoing.

Metro Police said more details will be shared on Thursday. Keep refreshing this page for the latest developments.