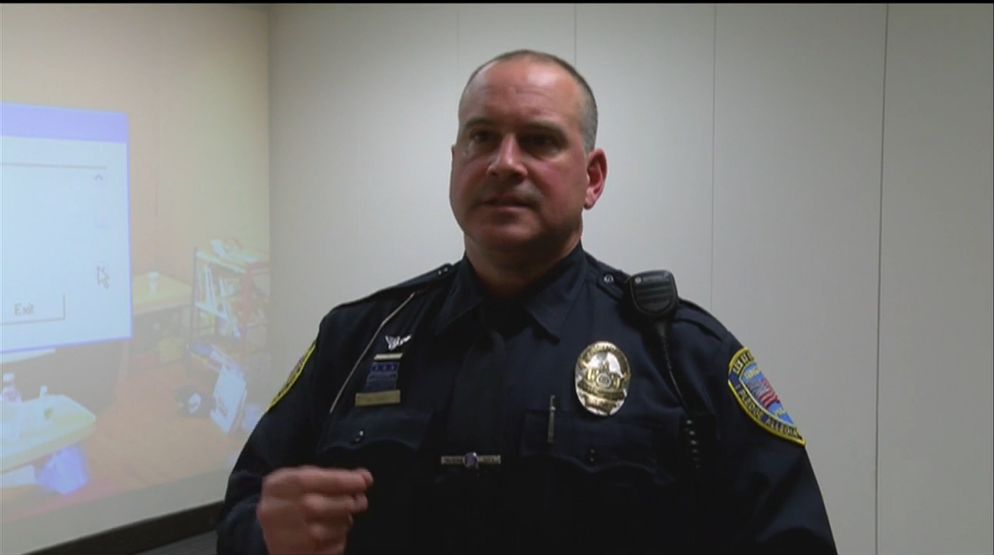 WPBN/WGTU — GRAND TRAVERSE CO.-- Police Officers took part in special training at the Governmental Center in Traverse City Sunday, in hopes of preparing for the worst case scenario of being confronted with a weapon while on a call.

There are 27 police officers on the force at the Traverse City Police Department and all of them have to complete this simulator training twice a year.

"It's important for our officers to know what tools and equipment they have and when to use them appropriately because all these scenarios are different just like in real life," said Officer Paul Ellul with Traverse City Police.

The Lasershot Scenario Simulator can generate hundreds of different situations which the instructor can change all with the click of a mouse.

They mimic real life split-second decisions officers have to make, which could mean the difference between life and death.

"Any scenario an officer gets involved in he has to determine what course of action that he's going to take," said Ellul. "Knowing when and how to use the tools they have well as how to verbally control a situation and try to de-escalate that, the more training we have the safer we are going to be."

In one scenario Firearms Instructor, Sgt. Keith Gillis, had the suspect escalate to wanting to hurt himself, which then warranted a different response from the officer.

"The benefit is that we are able to put officers in stressful situations and hopefully we can make corrections and have them make mistakes and learn from the simulator," said Gillis.

The weapon officers train with is an actual firearm that's been upgraded with a CO2 barrel and laser shot system which reacts to their taser and gun.

"They might have a couple seconds to make a decision of using deadly force," said Gillis. "We want to make sure they've done everything possible to avoid that situation and de-escalate the situation so it doesn't turn into a deadly force situation."

The simulator training system costs around $50,000 and was purchased by the Grand Traverse Tribal Police Department two years ago.

Tribal Police and Traverse City Police have a mutual training program together to utilize the equipment.